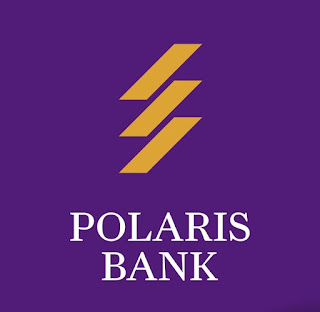 The 2020 Nigerian banking report has named Polaris Bank as being among the commercial banks in the country that has lost huge sums of money to various fraudulent practices thereby making the bank a base for fraudsters.

Checks by the magazine revealed that Polaris Bank lost close to N900 million to fraud perpetrated by hackers and those committed through insider jobs by its employees on the bank’s money deposit.

According to the bank’s 2020 financial reports submitted to regulators such as the Central Bank of Nigeria, CBN and Nigerian Stock Exchange, the figure represents over 90 per cent of the N2 billion stolen by fraudsters from commercial banks in the country within the period under review. There are 22 commercial banks in Nigeria.

“This is an indication that the bank is still very prone to electronic and other proximate frauds despite its claim of investing huge funds in fire walls that can prevent funds from being stolen easily from the bank,” Adeyemi Joshua, a forensic expert in Lagos said.

What this tells us, the expert explained, is that “the bank has inadvertently opened its vaults to dangerous fraudsters and employees at the press of the button”.
Joshua’s admonition came amidst recent revelation that an employee( names withheld) of the bank stole N20 million from a customer’s account through wire transfer.

According to the details of the Polaris Bank theft, the employee who doubles as the Account Officer of the customer, had within one week, sliced the huge amount from the account without thinking of the consequence.

But the bubble burst after the customer, who was out of the country, returned to expose the fraud.

Details of the scam showed that within seven days, July 5 and 12, the amount was moved from the customer’s account, and shared into different accounts belonging to the thieving employee and his friends.

What worsened the matter was that the bank management refused to act after the customer had made a formal complaint, leaving him dejected and agitated.
The bank, on its part, had been so embarrassed over the fraud that the management had been in shock and was worried about a possible chain of reactions from other customers.

“No customer would allow himself to be made a guinea pig. Of course, the fraud would trigger negative feedbacks from other depositors. The theft does not portend well for the image of the bank, particularly the new management. Customers do not want to feel that their deposit is not safe,” a customer relationship expert, Folawari Divine, told the magazine.

How did it happen, according to the testimony of the victim of the fraud?
He had travelled out of the country for three months and within this period did not receive the usual email report tracking his account. So, he decided to take the bull by the horn.

“I decided to come to Nigeria last week and found out my savings account had been tampered with by the staff of Polaris Bank, Computer Village branch, Ikeja, Lagos. Over N20 million was stolen from me.

“For the three months, I realised I stopped receiving my monthly email alerts, which bothered me. On June 18, 2021, I received an alert of a debited sum of N50, so I called the customer service immediately, and the lady asked if I was familiar with the name Ismail Bello and I responded that it sounded familiar but I couldn’t remember.

“She said he might do that to track my balance, so I asked how much is my balance at the moment and she told me the exact amount I was expecting to hear. So I told her to please block my account, and that no one is authorised to make any withdrawal except me, and that it has to be me coming physically. She claimed she did it.

“On my arrival in Nigeria on Saturday, 17th of July, at about 11:45am, I got to my branch where I opened the account and was told I didn’t have enough balance in my account.

“At first, I thought it was a joke, so one of their staff members came to me and showed me a fake Nigerian passport that was used to create an online banking.

“According to what one of their staff members showed to me, I could see they have a record. I called in on June 18 requesting that they should block my account.

“I requested for a printout copy of the statements and I saw how my money was being transferred on a daily basis to different accounts,” the Polaris bank account holder explained.

What was shocking to the customer mostly was that the money was moved out of his account after he had instructed that the account be blocked.

According to him, “they transferred the money after I had blocked the account. I think the so-called Ismail Bello removed the N50 intentionally to see if I would visit the bank. Maybe because he didn’t see me, he and others thought something bad had happened to me and stole my money.”

Another financial expert, Chris Adegbe, said: “There are many questions to be asked concerning this particular case. The customer had demanded that his account be blocked after he noticed that the same had been debited without making a withdrawal.

“Did the bank actually block the account? It is very obvious they did not, from the customer’s testimony. Two things will suffice here: it calls to account the functionality of the bank’s customers’ service whether it’s working or not. Another possibility is that a ring exists in the bank that cuts across various departments working together for a determined purpose.

“Part of what the bank should be doing right now is to interrogate its system to determine whether it has been breached at a certain point. Who are the employees involved? And to what extent is the involvement of the ‘sections’ that are supposed to play a role in blocking the account when infractions were noticed?” he asked rhetorically.

He explained further that “another possibility is that the bank does not have the capacity to block any account as being claimed. “What that means is that customers’ deposits are not safe in their accounts. Take for instance, that a customer’s account is tampered with, like this one, and he discovers, hoping that the bank will block the account on his instruction. That customer may just find out that his account will be emptied by the time he eventually visits the bank to register a formal complaint,” he added.

“The most important issue in all of this is that, If you can no longer trust your Account Officer, who is supposed to ensure that your account is not tampered with, who then can you trust?” he said.

According to Polaris bank’s annual report obtained by The Source, the Innocent-led bank recorded a total of 134 cases of fraud in 2020 which comprised seven fraud categories.

Meanwhile, a critical look at some banks indicates a fall in the number of fraud cases, compared to the 2019 Financial year. For instance, Access Bank lost N138 million, N197 million lower than what it suffered in the previous year; Fidelity Bank Plc, according to its financial report, is also lucky this time around as its fraud cases within the year fell by N315 million.

The spokesman of Polaris Bank, Rasheed Bolarinwa, did not take his calls when the magazine reached out to him to respond to the issue.

-Culled from The Source online