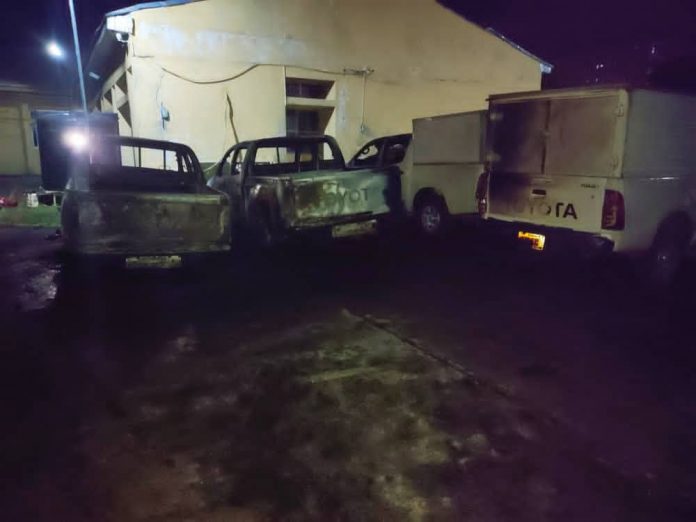 Yet-to-be-identified armed miscreants were stiffly resisted by joint security operatives in Enugu State on Sunday, May 16, 2021, at about 8:30p.m., during an attempt to set ablaze the Enugu headquarters of the Independent National Electoral Commission (INEC).

However, four vehicles were burnt by the armed miscreants before they fled the scene, as the operatives swiftly moved there.

According to the state Police Public Relations Officer, ASP Daniel Ndukwe, in a statement he issued, the State Fire Service personnel, who promptly responded to calls put across to them, helped in quenching the fire set on four vehicles and two cushion seats within the office premises

The PPRO said that the Commissioner of Police in the command, Mohammed Ndatsu Aliyu, went to the scene immediately with heads of other security agencies in the state, and had ordered adequate security within the precincts of the office should be ensured.

Aliyu also charged the police operatives to launch of a full-scale investigation to unravel the mystery behind the act, as well as fish out the assailants.

The command’s police boss also enjoined law-abiding citizens of the state to remain vigilant and give prompt and useful information that would help the police in the investigation.