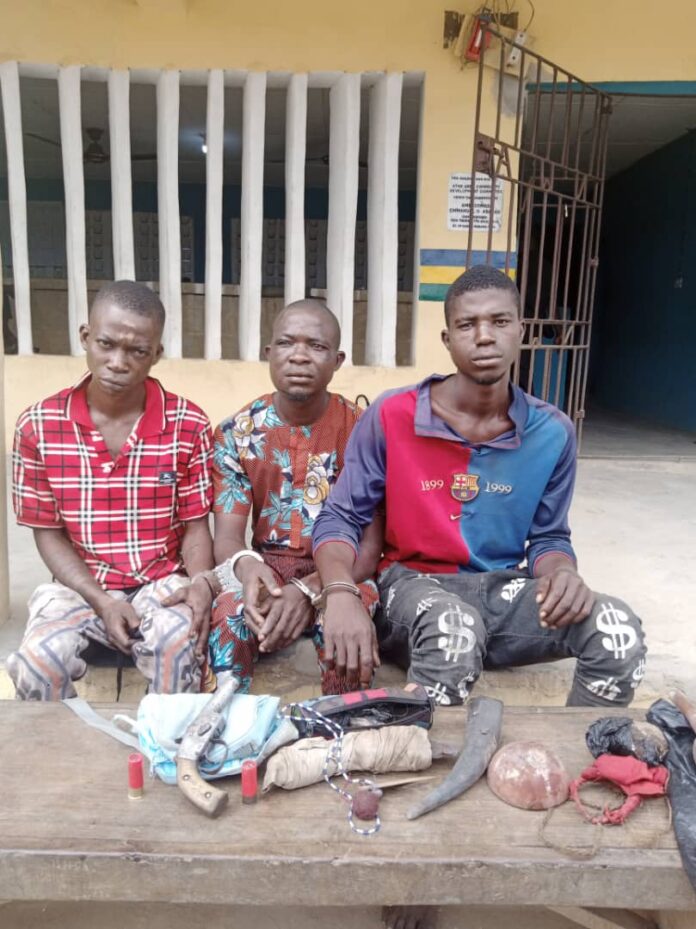 Three armed robbery suspects who allegedly invaded one Tope Alabi’s provision store and dispossessed her of a huge sum of money were arrested by policemen of Ogun State Command on Thursday, July 22, 2021.

Confirming the arrest on Sunday, July 25, the police image-maker in the state, DSP Abimbola Oyeyemi, disclosed that the suspects invaded Alabi’s provision and drinks store at Oke Ore area, and held her hostage, leading to a distress call made to Atan Ota divisional headquarters at about 9:45 pm.

This, the PPRO said, made the Divisional Police Officer of Atan Ota Division, CSP Abolade Oladigbolu, to mobilize his men and moved to the scene.

“On sighting the policemen, the hoodlums, who first launched an attack, later took to their heels, after realising the determination of the policemen to subdue them.

“They were pursued, with three of them subsequently apprehended.

“Recovered from them are one locally-made pistol, two live cartridges and assorted dangerous charms,” Oyeyemi stated.

He added that the state Commissioner of Police, Edward Awolowo Ajogun, had ordered the immediate transfer of the suspects to the State Criminal Investigation and Intelligence Department for discreet investigation.

Ajogun also appealed to members of the public to always inform the police promptly whenever they noticed anyone in distress.