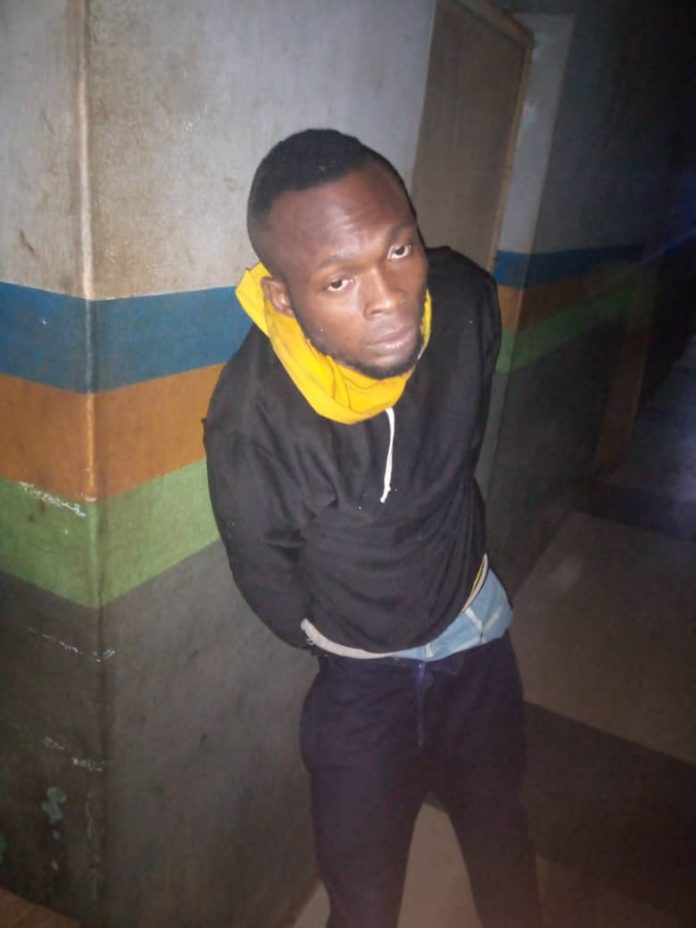 A former staff of a superstore, located at Idiroko road area of Sango Ota, in Ado Odo Ota Local Government Area of Ogun State, has been arrested by men of the state police command, for allegedly burgling his former employer’s office.

The suspect, 28-year-old Ola Adeoye, was picked up on Thursday, June 3, 2021, following a distress call received at Sango Ota divisional headquarters at about 1:45am, that the supermart’s store had been broken into.

According to the police image maker in the state, DSP Abimbola Oyeyemi, in response to the call, the Divisional Police Officer, Sango Ota, CSP Godwin Idehai, mobilised his men and moved to the scene.

While atthe scene, the PPRO said the police operatives discovered that the two-storey building was broken into through the balcony of the second floor, with office of the Managing Director ransacked, and an attempt made to break the company’s safe.

Oyeyemi said: “After diligent searching, the one-man buglary squad was seen hiding in a water tank, from where he was promptly arrested.

“On interrogation, he confessed to being a former staff of the company who was sacked a month ago, before his return to commit crime.”

He stated further that the state Commissioner of Police, Edward Awolowo Ajogun, had directed an in-depth investigation into the antecedents of the suspect, while he also ordered that he should be charged to court as soon as investigation had been concluded.