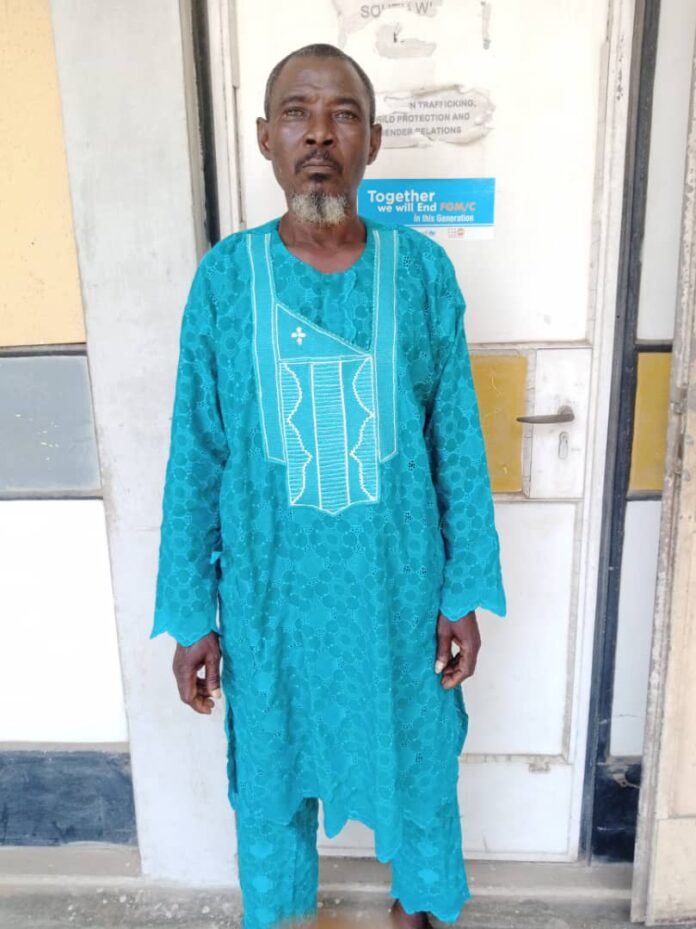 The charge, which was read to him, is contrary to Section 34(1) and punishable under section 34(2) of the Child Rights Law of Oyo State.

After the one count charge was read, the Chief Magistrate, S. H. Adebisi, ordered that Rasak be remanded in Abolongo Correctional Centre in Oyo town.

The case was adjourned till November 8 for further hearing.

Speaking earlier in a statement issued on his behalf by CSC Oluwole Olusegun, who is the command’s Public Relations Officer, the state Commandant of NSCDC, Michael Adaralewa, said that Rasak was arrested by the Anti-Human Trafficking and Child Protection unit of the command.

He said that through investigation, it was discovered that the accused, of S6/387, Oke Oluokun, Kudeti Road, Ibadan, deflowered the young girl at age 11 and had continued defiling her for four years till she turned 15 before he was caught.

The Commandant spoke further that the sexagenarian confessed to having sexual intercourse with the victim, adding that medical examination had been carried out.

Saying that the NSCDC would not hesitate to bring offenders to justice, Adaralewa warned those with such criminal act to desist from it, while he also advised the general public to expose evil doers and criminal elements in their neighbourhood, promising protection of the identity of the informant.