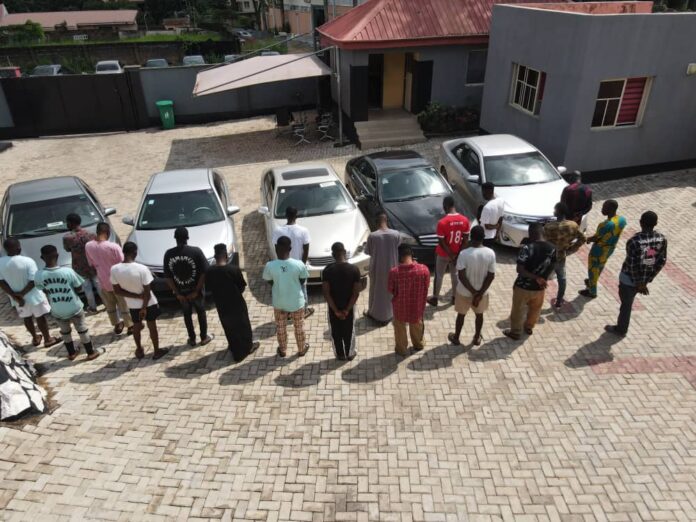 Ibadan Zonal Command of the Economic and Financial Crimes Commission (EFCC) on Tuesday, October 12, 2021, arrested 22 ‘Yahoo Boys’ during a raid in Ogbomoso, Oyo State, for alleged involvement in internet fraud.

According to the Commission’s Head, Media and Publicity, Wilson Uwujaren, the suspected fraudsters were apprehended at their hideout based on intelligence on their alleged criminal activities.

He said that five cars, several mobile phones, laptops and other incriminating documents were recovered from them at the point of arrest.