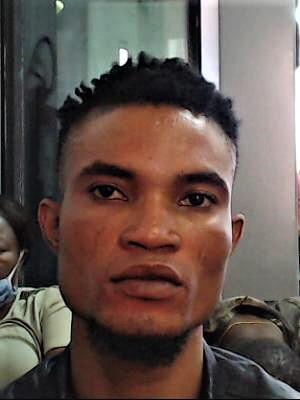 He was jailed on July 14, 2021 after pleading guilty to a two-count charge bordering on impersonation and internet fraud, after his arraignment by the Port Harcourt’s Zonal Office of the Economic and Financial Crimes Commission (EFCC).

One of the charges read: “That you Sampson Ajagha (Alias Wilson Brown) sometimes in September 2020 in Port Harcourt, Rivers State, within the jurisdiction of this honourable court, did impersonate identity of one Wilson Brown, a white man, in your gmail account by sending documents to unsuspecting ladies through the internet, are which document you claim emanated from the said Wilson Brown with the intent to gain for yourself, and thereby committed and offence contrary to Section 22 (2) (b) (ii) of the Cyber Crime (Prohibition, Prevention etc.) Act, 2015 and punishable under section 22 (2) (b) (IV) of the same Act.”

After the charges were read, he pleaded guilty to them, and in view of his plea, prosecution counsel, K.W. Chukwuma-Eneh, urged the court to convict and sentence the defendant accordingly.

His prayer was not opposed by the defence counsel, Paula Abdul-Adukole.

Justice Obile convicted and sentenced him to six months imprisonment each on both count charges, with an option of fine of N 100,000.00 on each of the count. The sentence runs concurrently.

According to the EFCC’s Head of Media and Publicity, Wilson Uwujaren, Sampson’s journey to the Correctional Centre began when he was arrested at Mandela Housing Estate Rumuokoro, Port Harcourt, Rivers State, by operatives of the EFCC based on intelligence linking him to some fraudulent activities.