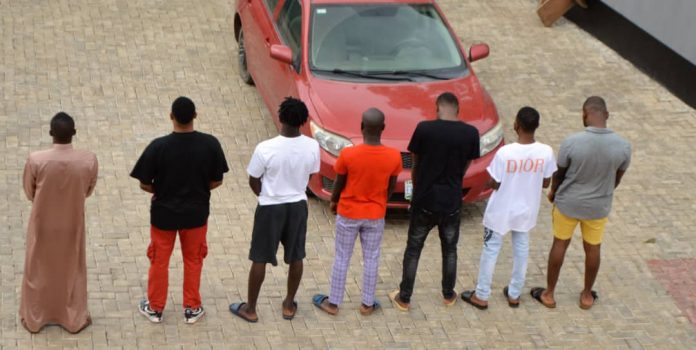 The suspected fraudsters were arrested at the Main Stay Hotel, Akala Express area of Ibadan.

Also arrested was one Lateef Adeyemi, 31, man works with a private IT firm in Osogbo, the Osun State capital.

The Public Relations Officer, EFCC, Wilson Uwujaren, said the operations followed a series of intelligence reports linking them with alleged fraudulent activities ranging from love scam on numerous dating sites to obtaining money by false pretences and other fraud still being investigated.

Items recovered from the suspects are a car, mobile telephones, laptops and other incriminating documents.

Uwujaren said the suspects would be charged as soon as investigations were concluded.