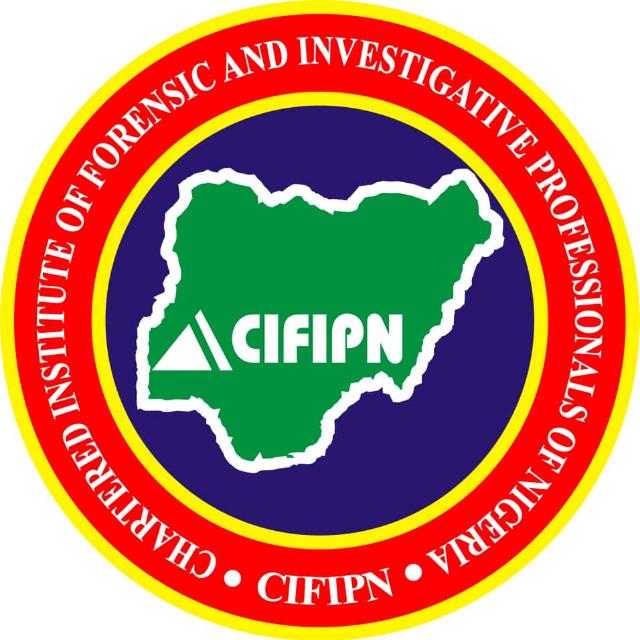 In last month’s conclusion on the issue of giving legislative backing to Chartered Institute of Forensic and Investigative Professionals of Nigeria (CIFIPN) by the National Assembly, the Senate precisely, has given impetus to the anti-corruption drive of the present administration of President, Muhammadu Buhari.

For the uninitiated, forensic investigators provide a methodology and accounting analysis suitable and admissible in the court of law, which thereafter forms the basis for debate and, ultimately, dispute resolutions.

The emergence of CIFIPN is to fill a huge vacuum by aiding the current administration in the fight against fraud corruption and cyber-crime that is holding Nigeria by the jugular. It is evidential that the inability of anti-corruption agencies like the ICPC, EFCC in winning cases in court most of the time, is traceable to lack of forensic investigation, which has the capability of reducing financial crimes to the barest minimum in society.

This point of view was ably canvassed for or supported by a Senior Advocate of Nigeria Femi Falana, who noted that the work of forensic investigators appears much different from that of traditional auditors, meaning that the old has to yield place for the new.

Be that as it may, the debate on CIFIPN at the national assembly has not been a smooth one all along, as many obstacles were put on the way of the bill before the passing of the proposal by organisations who viewed the emergence of a new investigating body as a potential threat to their monopoly of the financial auditing sector.

The emergence of the Chartered Institute of Forensic and Investigative Professionals of Nigeria (CIFIPN) ought to be seen by the major players in the financial circle as adding impetus, and also as a move to complement the effort of President Muhammadu Buhari’s fight against corruption.

The CIFIPN is an anti-fraud body saddled with the responsibility of providing skills for relevant professionals on the use of science and technology for fraud prevention/ detection and investigation, and also to put in place a sophisticated mechanism to stop future occurrence. Forensic is a multidisciplinary profession due to the nature of the mandates.

Much as one may view the experience and developments during the passage of the bill in the National Assembly by few fraud-minded individuals, it will amount to economic witchcraft for anyone or group to attempt aborting the unborn baby whose birth is aimed at changing the game plan (call it status-quo) by introducing scientific, technological and researching methodology into the act of resolving complex and complicated financial crimes in the society.

The recent busting of Hushpuppi’s criminal gang in Dubai, United Arab Emirates by the FBI corroborates this point of view. It is sad to note that “Nigeria is rated among countries of the world as one with a very poor fraud prevention records. It is even more worrisome to know that despite the Federal Government renewed efforts in tackling fraud, corruption and other cyber-crimes, very little result has been achieved, especially in the area of securing conviction against perpetrations of fraud in Nigeria.” The coming of CIFIPN will fill this vaccum.

It is necessary at this stage to educate Nigerians on the proper role CIFIPN will play in putting an end to the regime of financial recklessness, fraud and other criminalities within the financial sector. While accountants prepare financial statement, and also manage government finance, the forensic professionals are the ones to checkmate their excesses. Forensic is needed only when fraud or crime is committed in an organization, for an example, NDDC. An accountant who prepares financial statements, serves as an internal auditor and also as an external auditor in an organization can not at the same time come as a forensic fraud investigator of the same problem caused by them. If that is allowed definitely there will be conflict of interests. That is why there is separation of powers in Nigeria to avoid one being a judge in his own case.

Rather than fight CIFIPN, it will be better to embrace the philosophy or the aphorism that ‘the more the merrier,’ and that ‘the sky is wide enough for every bird to fly without one obstructing the other.’ When it comes to the issue of professionalism and capacity building, diversification, re-strategizing, repositioning and innovation is sine-qua-non. There is no room for revisionism or unhealthy rivalry.

Therefore, the concept or idea of forensic investigation, which is just about 10 years old when it came on board, has been widely accepted and embraced by advanced nations of the world and blue chip financial institutions as highly innovative for checkmating and preventing financial crimes before they are hatched or carried out by perpetrators.

As earlier said, the concept of financial investigators is an idea which time has come, and Nigeria cannot afford to lag behind due to primordial sentiment or atavism.
Therefore, we earnestly urge President Muhammadu Buhari to ensure a swift assent of the forensic bill which is presently before him as he did in the case of the PIB without further delay, for the sake of the economy and the future generation.