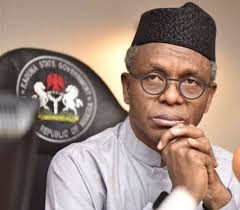 The Kaduna State Government, in consultation with security agencies under the umbrella of the Kaduna State Security Council, has placed a ban on protests related to religious activity throughout the state with immediate effect.

The Commissioner, Ministry of Internal Security and Home Affairs, Samuel Aruwan, in a statement on Saturday, May 14, 2022, said that the prohibition became imperative in view of moves by some unpatriotic elements to organize series of for-and-against protests related to a security development in Sokoto State.

A College of Education student in Sokoto, Deborah Samuel, was stoned to death and set ablaze for alleged blasphemy against Prophet Mohammed.

After two suspects were arrested in connection with the dastardly killing, religious protesters demanded their release by law enforcement agents, attacking churches, individual homes and destroying buildings and property.

Unconfirmed reports had it that some people lost their lives during the protests, leading to imposition of 24-hour curfew by the state government.

According to Aruwan, Governor Nasir Ahmad El-Rufai who had been briefed of the development, charged security agencies to ensure strict enforcement of the ban against any form of religious protest.

The governor also charged religious leaders, community leaders and traditional rulers throughout the state to complement the efforts of government and security agencies towards the maintenance of peace and stability.

The security agencies had reportedly warned that they would not condone any attempt by individuals or groups to disrupt the peace and stability of the state by religious protests.

They had vowed to halt such move and prosecute the conveners.

“Citizens are implored to remain calm as they go about their lawful pursuits, and to immediately report any such activity or security concern to the Kaduna State Security Operations Room, on 09034000060 and 08170189999,” the Commissioner said.