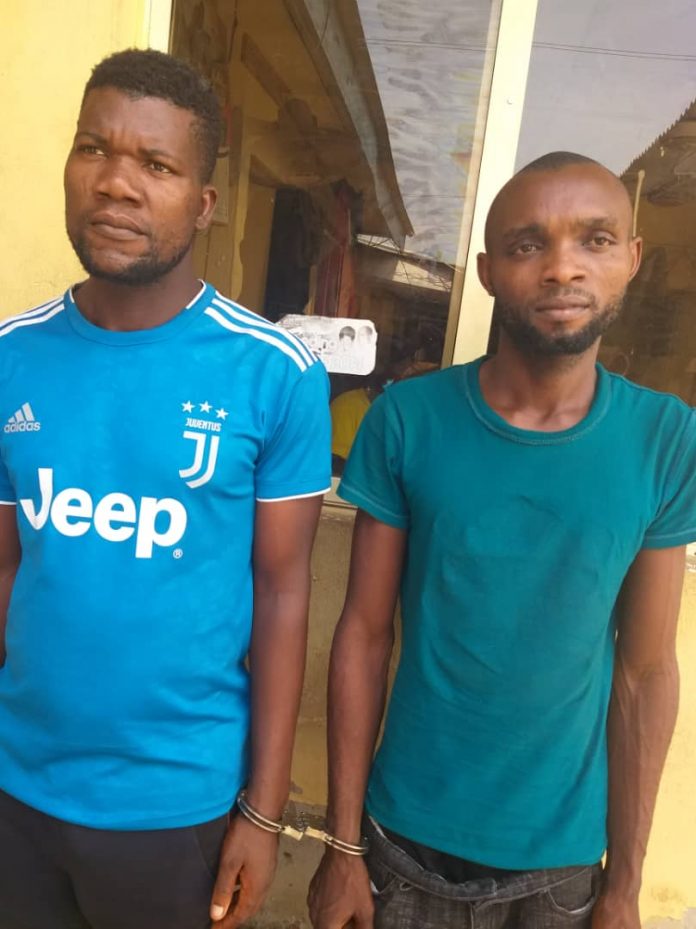 Police operatives in Ogun State Command have arrested a 32-year-old man, Mutiu Olaonipekun, for diverting goods worth of N4.5 million belonging to a company.

Olaonipekun was a driver at Parkway Investment, a subsidiary of C-WAY Foods and Beverages Company Ota, before his arrest.

Making the disclosure on Tuesday, April 13, 2021, the state police spokesman, DSP Abimbola Oyeyemi said that the arrest was prompted by a complaint lodged by the company at Onipanu divisional headquarters that the driver was given a truck loaded with the company’s goods on March 15, to be delivered somewhere in Isolo Lagos.

The complainant further stated that the said driver absconded with the truck and the goods, while his whereabouts had not been known since then.

The PPRO said that the Divisional Police Officer of Onipanu police station, CSP Bamidele Job, while acting on the report, detailed his detectives to unravel the mystery behind the sudden disappearance of the driver and the goods.

“After weeks of painstaking investigation, the empty truck was recovered at Ewupe area of Ota. Further investigation revealed that the goods were trans loaded into another vehicle, before being taken to the receiver.”

He added that the receiver of the stolen goods, one Kayode Afolabi, was traced and subsequently arrested.

When interrogated, Olaonipekun reportedly confessed that he took the goods to Afolabi, who bought it from him at the rate of N2.572 million.

He stated further that he used part of the money to buy a Volkswagen LT Bus for N900,000, and used the remaining balance to play bet9ja.

Oyeyemi further said that the receiver, Afolabi confessed collecting the stolen goods,and that the goods had been re sold to one Alhaji Adamu Kano, currently at large.

In his comment, the state Commissioner of Police, Edward Awolowo Ajogun, said that he had directed that the suspects be thoroughly investigated and charged to court as soon as possible.