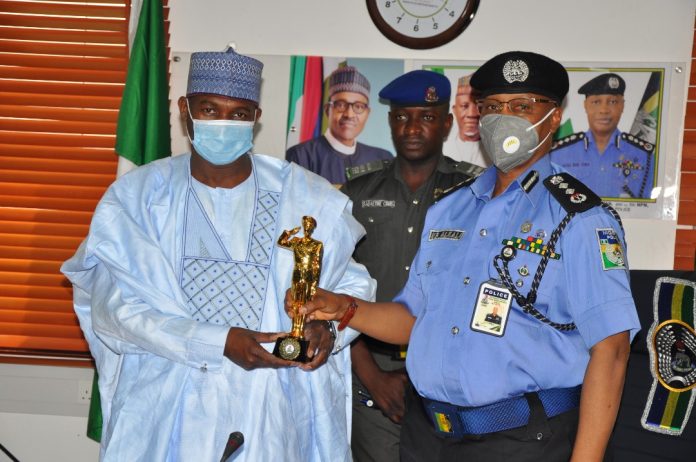 Acting Inspector General of Police, Usman Baba Alkali has told the Executive Secretary of the Nigeria Police Trust Fund (NPTF), Hon. Ahmed Aliyu Sokoto that the Nigeria Police Force is looking forward to all promises that will serve as interventions.

Alkali made the statement on Tuesday, April 13, 2021, during a solidarity visit paid to him at the Force Headquarters, Abuja, by the administrative management team of the NPTF, led by Hon. Sokoto.

In a statement by the NPTF‘s Public Relations Officer, CSP Olabisi Okuwobi, the IGP stated that some of the interventions being expected included improved logistics, enhanced welfare for police personnel in terms of rehabilitation of police buildings and critical trainings of all police personnel, “in order to meet up with the emerging security challenges.”

Alkali also sought for the rehabilitation of dilapidated police barracks, as well as the construction of new beffiting accomodation for police personnel across the nation.

Commending the composition of members of NPTF’s Board, the IGP described the Chairman and other members of the Board as “persons of integrity; tested and trusted.”

He also promised to take up his position as a member of the Board without delay.

Earlier in his remarks, the leader of the delegation assured the IGP and members of the Force Management team of NPTF’s readiness to work with the police force, for the common good of the nation.

Hon. Sokoto stated: “the NPTF is ready to build a well-equipped and well-motivated Nigeria Police Force that would be prompt and responsive to security challenges, in line with global standards and best practices.”

He further said Nigerians would begin to feel the impact of the NPTF after the signing of the N74 billion 2021 budget, currently before the National Assembly.

The secretary, who is also the Chief Executive Officer of NPTF, promised to assist the police in the purchase of equipment, enhanced welfare and trainings, in line with the mission of its Act 2019.

It will be recalled that NPTF was set up by an Act of the National Assembly in 2019, on the recommendation of President Muhammadu Buhari, to cater for police needs such as training, procurement of state-of-the-art equipment and overall improvement of personnel of the Nigeria Police Force, in the discharge of their duties.