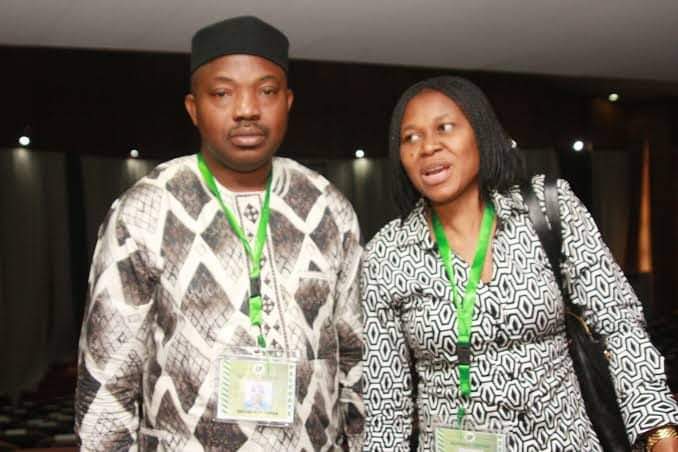 Wife of the late spokesperson of Afenifere, Yinka Odumakin, Joe, has described his departure to “a part of me is gone.”

In a statement released on Saturday, Dr Joe Okei-Odumakin said: “With gratitude to the Supreme Being for a life well spent, I announce the passing on of my beloved husband, Comrade Yinka Odumakin, to the great beyond after a brief illness.

“The sad event happened this morning (Saturday, 3/4/2021) at the intensive care unit of LASUTH, where he was being managed for respiratory issues due to complications from COVID-19 which he had recovered from about a week ago.

“I appreciate the outpouring of grief and sympathy from home and abroad as I mourn my irreplaceable soulmate. I urge us all to remain steadfast in the cause of the masses to which he dedicated his life.

“Burial arrangement will be made public in due course.”

Meanwhile, the Aare Ona Kakanfo of Yorubaland, Iba Gani Abiodun Ige Adams, Odumakin as one death too many, saying Yoruba has lost a gem, who, according to him, was a dependable ally.

Aare Adams said the death of the late Afenifere publicity scribe was a big loss to the Yoruba nation, adding that death had dealt the Yoruba nation a big blow, leaving in its wake sad memories of the loss of a brother, a friend and dependable ally.

While mourning his friend of many years, Iba Adams, in a statement by his Special Assistant on Media, Kehinde Aderemi, described the late Odumakin as a true Yoruba son, a committed fellow, and the voice of the people, especially, the downtrodden.

“We’ll all miss his voice. We’ll miss his commitment; we’ll miss is bravery because the late Yinka Odumakin’s fearless image loomed larger than what we can easily forget in a hurry.

“He was a phenomenon who spoke truth to power. He cut a picture of an all-rounder, a media personage, an analyst and public commentator who had warmed himself to the hearts of many people.

“His exit has left a big vacuum in the social and political milieu and Nigerians will always remember him for who he was because in his life.

“The late Odumakin was truly one of the few gifted souls of our race. The extent of the shocking news for me has been inexplicable. It will take a very long time for me to accept the realities of his death.

“We are in the struggle together, we shared so many memories together and I was very close to the family, so for me, it is a personal loss and I wish my sister, his wife, Dr. Joe Okei-Odumakin and other relatives well, especially at this trying moment.”