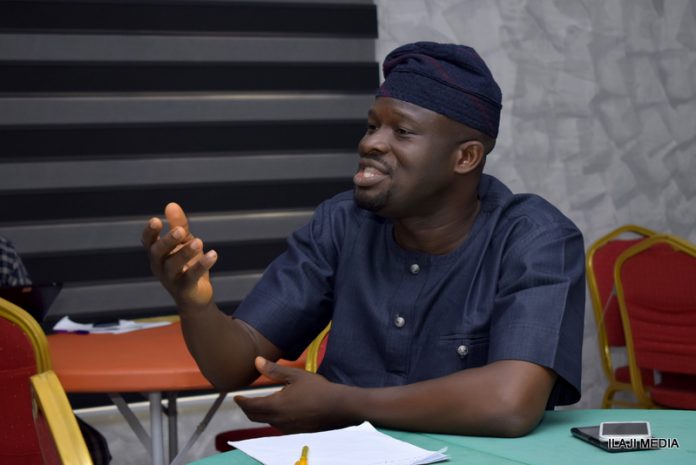 Born on November 27, 1976, Olanrewaju Fasasi, popularly known as Sound Sultan (SS), died on July 11, 2021 after succumbing to throat cancer in United States of America. He left the world at a time that Nigeria is experiencing one of his predicted outcomes of callous leadership. Sound Sultan is a social crusader who deploys his songs to interrogate societal problems of migration, poor leadership, corruption, problem of accountability, injustices and their consequences on individuals and Nigeria. Death is a social fact which every mortal must experience but our contributions (to social order or disorder) will outlive us and either locate us in the trash can of irrelevance or elevate us among social engineers who used their talents to fight for justice, peace, and social progress.

Olanrewaju Omo Fasasi may have joined his ancestors but his songs will continue to speak about the monstrous problems which face motherland as he loves to call Nigeria.
Through his works, he diagnosed Nigeria’s problems and proffered solutions to them but such interventions do not matter to callous leadership structure. The hunters (parasitic leadership) failed to heed SS’s philosophic submission that a day will come when the bushmeat will turn around to catch the hunters. Today, Sound Sultan leaves motherland at the time the bushmeat (uncared for children of the masses pushed to the margins of the society by their callous political, religious and parasitic elite) is hunting their hunters. It is now crystal clear that the crumbling sky is not one man’s problem as fear of insecurity covers the land and criminals have partitioned and restructured the country along criminal enclaves. Indeed, the insignificant and uneducated bandits cum terrorists and their kidnapping comrades have become major factors driving policies in President Muhammadu Buhari’s Nigeria. The idiocy of successive handlers of Nigeria is shaking the country’s faulty foundation. In this tribute piece, I use three of SS songs which interrogate personal troubles and social problems in Nigeria.

In his hit song, Mathematics, SS in the year 2000 depicted Nigeria as Jagbajantis facing problems capable of consuming it. He argues that just as BODMAS (Bracket of Division, Multiplication, Addition and Subtraction) was put forward to solve mathematical problems, BODMAS can also be used by sensitive leaders to solve Nigeria’s problems. As a trained sociologist, I am not oblivious of the difficultly in being objective in human affairs. This is why the display of clannish affinity through body language, policy formulation and implementation of the ‘converted democrat’ is tearing the country apart. SS says, ‘Oyinbo say, na BODMAS we go use take solve mathematics, oya carry biro’. Brotherhood, Objectivity, Democracy, Modification, Accountability and Solidarity are suggested solutions to Nigeria’s problems. Pretentious oneness, ethnicised governance, and regional solidarity have become the order of the day while favouritism, modified autocracy, ‘shrouded’ accountability and fostered discord have become the norm.

The problem of insecurity has made many Nigerians to continue to explore opportunities abroad and government is rallying them for remittances. This brain drain gained momentum during military misadventure over Nigeria. In his Classic, Motherland, SS showed his undying love for Nigeria’s development. He advised those who have travelled abroad to remember motherland. He reminds them not to forget the investment of those they left behind who contributed to their emigration. Olanrewaju calls on immigrants to return home if they are facing difficulty abroad because ‘ajo o da bi ile, no matter where u go make you try come back area oooo’. In this song, SS showed how group support facilitates transnational migration but like Nigeria’s politicians who forgets electoral promises once they get to office, these migrants forget their benefactors who sold properties to send them to obodo oyinbo. SS documents marriage-for-green-card tragedy which makes women promised marriage by their boyfriends who travelled get jilted while these boyfriends end up marrying citizens as a strategy to obtain citizenship/stay.

Apparently seeing that as betrayal of trust, SS says ‘Hilary wey u been promise to marry, still de wait, o boy she don tarry….you marry oyinbo for another nation, use mago mago get dough…now you oyinbo wife don know, next thing u know, she don go report u…..I wish say, I fit reach you anywhere you dey eeeee’.
In his collaborative work with Tuface Idia in the song, Bushmeat, SS metaphorically frames Nigerian leaders as the hunter and the children of the masses who are denied quality education, the almajirai kids who are children of the poor but dubiously pushed to the streets while the children of the rich don’t do such practice, the unemployed children of the poor and those who are victims of corruption of the privileged few as the bushmeat. He envisions a time when the bushmeat will turn back at their tormentors and begin to hunt them. He observes that Nigeria is run by cliques and cabals who steal common patrimony while the masses lack electricity and water among other social amenities. While the roads are bad, SS fumes that the parasitic leadership fly in the sky. Flying in this sense also shows how far they are from the realities on ground. To this iconic musician, despite suffering neglect and hunger, the children of the masses maintained their sanity until the time they decided to catch their hunters and fight back against the system that brought out the beast in them. Hear Sound Sultan in Bushmeat: “see one day bushmeat go catch the hunter, one day bushmeat go catch the hunter…see them flying for dem aeroplane, on top all the pains my people dey maintain, I don tire to dey explain, pikin wey never chop sef dey complain, water and light na yawa, yawa, everywhere just dark no power, the only pawa wey dem get na aim dem dey take dey oppress ooooo, what could be the answer, it could have been we don’t matter to them because dem chop your money, my money every other person money, e ba mi ki gbe Ole…Ole…Ole….Barawo! dem dem na aim my pipu sabi, dem dem everything na padi padi, everybody must know somebody to grow oooo….e bami kigbe Ole!”

The state of affairs in Nigeria is one in which bushmeat in the form of bandits, terrorists, ethnic militia, kidnappers are hunting their hunters and not sparing of those who voted irresponsible leadership. To the bushmeat, the hunters are both those who hold the levers of power and those who sustain their terror reigns through voting and those who sold their future for temporal gratification in the form of stomach infrastructure. SS leaves behind a country where you can steal, kidnap, abduct, and face no State clampdown as long as you do not say you want to break away from Nigeria or pursue self determination. In fact, bandits and kidnappers who not only kill hapless citizens and security agencies but live on ransom economy have been elevated to executive status with defined territories such that residents and farmers have to pay to get security because the state has not shown capacity to secure her people from national and transnational criminals. Sad enough, bandits strapping A-47 around their neck, now take pictures with government functionaries and associates of clannish comrade. However, the victims of criminal herdsmen and tribal bandits in southern Nigeria dare not defend themselves, rather; they are being coerced to stomach injustices and sacrifice their lives to keep Nigeria one. This is the sociology of restructuring and self-determination agitations.

To sum up, Sound Sultan speaks truth to power through his songs characterising Nigeria as a jungle under the control of cheaters, hyenas and the greedy. Olanrewaju was not given to singing anti-social songs to reach stardom; he was in a class of his own as a master musician and social crusader. Journey well and remember motherland…Naija Ninja, Olanrewaju Fasasi, Iseyin Oro omo ebedi.

Dr Tade, a sociologist sent this piece via dotad2003@yahoo.com