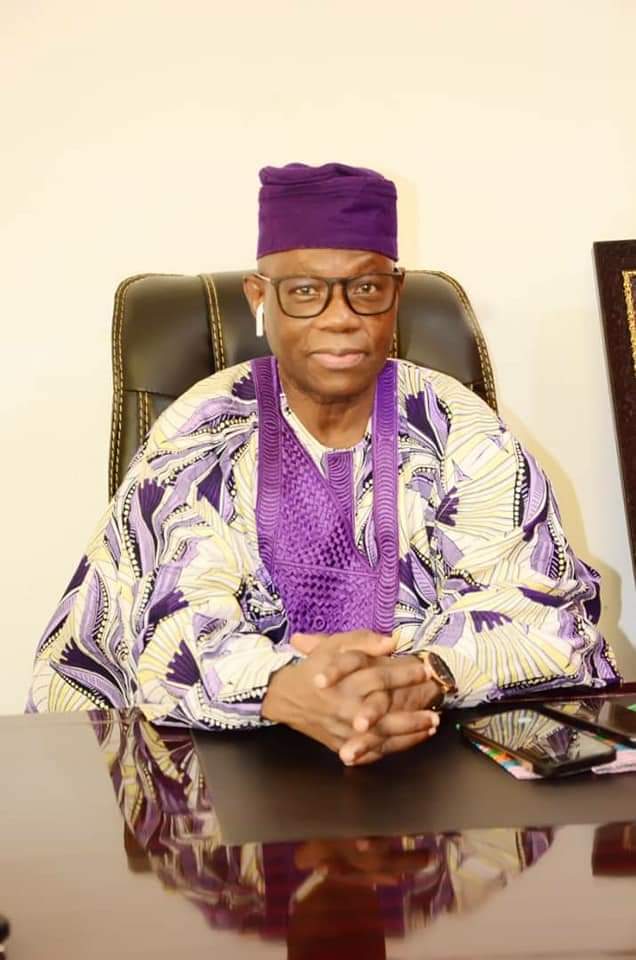 Senator Kola Balogun has promised to ensure justice for the family of the late Timothy Oludare Adegoke who was allegedly murdered in Ile-Ife, Osun State, early November, 2021.

The senator, representing Oyo South Senatorial District, also told the family of the deceased that he would take over the education of the seven-year-old twin children of the deceased, currently in Primary Three at the Salem Academy, Abuja.

He made the promises when he paid a condolence visit to the family of the deceased in Eruwa in Ibarapa East Local Government Area of Oyo State, on Monday, November 29, 2021, according to a statement by his Special Adviser (Media and Publicity), Mr Dapo Falade.

Timothy, a 37-year-old Executive and MBA student of the Obafemi Awolowo University (OAU), was reportedly murdered at the Hilton Hotel, Ile-Ife where he lodged, preparatory to writing his examination.

Addressing the aged parents of the deceased, his widow, three young children and other family members, Senator Balogun assured that the perpetrators of the dastard killing of the late Timothy Adegoke would not escape from justice.

He said it was quite unfortunate that such a heinous crime could be perpetrated against a hardworking and illustrious young man who was only out to pursue a legitimate means to live a successful life.

Speaking earlier, Oriyomi Hamzat, the proprietor of Agidigbo FM, Ibadan, called on Senator Balogun to ensure that the killers did not go unpunished.

He alleged that some surreptitious moves were being made to shield the suspects arrested over the murder from facing the law.

“Distinguished Senator, now that the suspects have been moved very close to you in Abuja, we implore you to help us keep an eye on them. We are no longer closer to them as we were when they were with the Osun State Police Command.

“Sir, the family knows and appreciates all that you have been doing since the news of the murder of Timothy Oludare Adegoke broke. We know what you have you been doing to ensure justice for his family.

“What happened is not just about Timothy. His killing is not about him and his family because an injury to one is an injury to one. All those involved in his murder will not go unpunished.

“Timothy is the breadwinner of his immediate family. He was the one responsible for the well-being of his aged parents. He has two younger sisters who were dependent on him.

“He was the one also responsible for the welfare of his father’s elder sister. His young wife is not working. He was the one that was taking care of his in-laws’ family,” Hamzat said.

Senator Balogun made some cash donation to the widow of Timothy, just as Gbade, the elder brother of the deceased, expressed appreciation to the senator for all his effort to ensure that justice would prevail.

In a related development, Senator Kola Balogun paid a condolence visit to the leader of the Peoples Democratic Party (PDP) in Ibarapa East Local Government Area, Alhaji Kasali Morakinyo, over the death of one of his children.

Alhaji Morakinyo expressed appreciation to the senator, saying all his efforts to ensure development in Ibarapa East, Oyo South Senatorial District and Oyo State in general were not unnoticed.