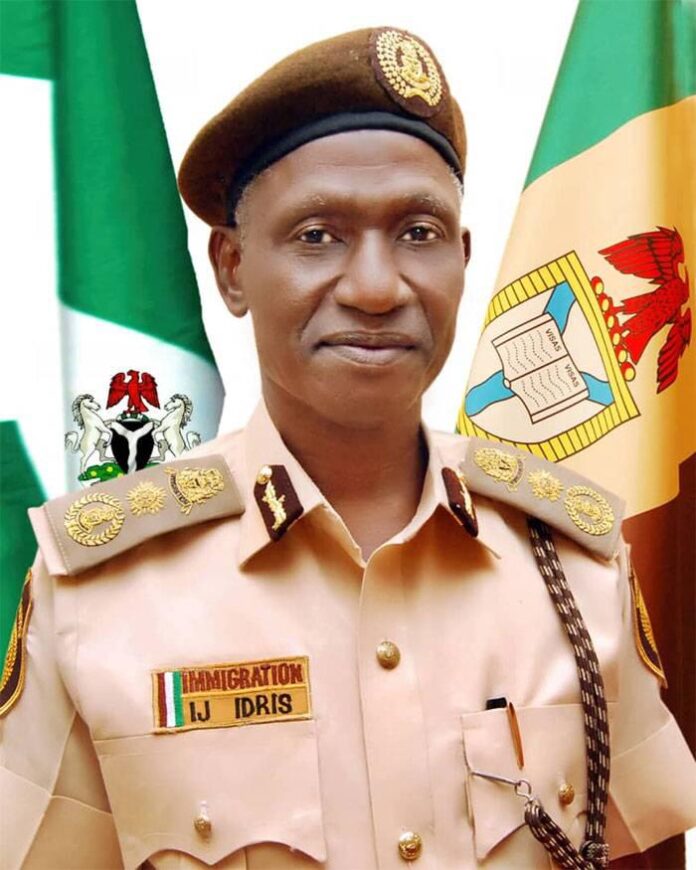 The Acting Comptroller General of Immigration, Isah Jere Idris has warned the unsuspecting members of the public to be wary of job scammers, saying that the Nigeria Immigration Service is not recruiting.

Warning through a statement which was signed by the Nigeria Immigration Service Public Relations Officer, ACI Amos Okpu on Thursday and sent to CAPITAL POST in Abuja, said the public notice concerning the recruitment didn’t emanate from the NIS.

The statement read: “The attention of the acting Comptroller General of Immigration Isah Jere Idris has been drawn to some spurious public notices circulating in some social media platforms announcing a general recruitment/replacement exercise into the Service.

“It is important to state categorically that the publication is nothing, but a grand design by some fraudulent persons who are seeking to deceive and exploit unsuspecting members of the public into parting with their hard-earned resources for non-existent vacancies. Apart from the fact that the entire publication is a product of very poor conception, the portal indicated for application is strange to decency.

“Suffice it be stated clearly that the Service is currently NOT undertaking any recruitment exercise whatsoever and so the public is hereby advised to ignore any such publications.

“The acting Comptroller General therefore wishes to use this opportunity to enjoin members of the public to avoid falling into the antics of fraudulent job merchants who are out there to deceive them with empty promises of job placement into the Service.

“He stressed that the Service has always used all the conventional and notable social media means including its website to announce recruitment exercises rather than the pedestrian approach used by the authors of the deceitful recruitment notices.

“He assured that efforts are ongoing to track down those behind such fraudulent publications with the aim of bringing them to justice’, the statement concluded.