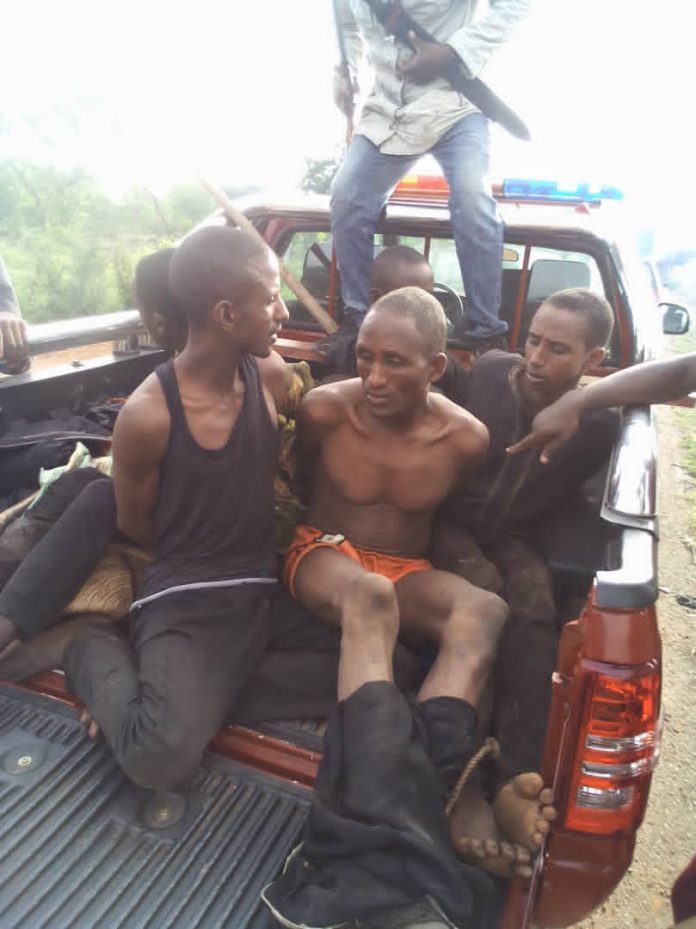 The arrest was made at about 4am, along Okeho-Ilua and Okeho-Iseyin Road, while the operatives were on joint routine patrol along two separate routes within the local government area.

In addition, five bandits were apprehended in Saki East Local Government Area in the early hours of same day.

Commandant of Amotekun Corps, Col. Olayinka Olayanju (retd), who disclosed this on Thursday morning, said that the suspects were arrested following encounters with them at two illegally-mounted road blocks.

Olayanju said that preliminary interrogation revealed the bandits to be of Bororo Fulani extract.

He disclosed that the suspects’ mode of operation was to pretend to be herdsmen at day time, only to become violent at night, robbing innocent passengers on the roads.

Col. Olayanju said that they had been handed over to the police at Okeho Division, alongside the 183 cows, weapons and money found in their possession, for further investigation.

He added that those nabbed in Saki East had been handed over the Divisional Police Officer in the area.

Appealing to the general public to avail operatives of necessary information about the bandits, that would help law enforcement agencies in their investigation, Olayanju also enjoined them to cooperate by reporting such incidents noticed to the nearest police authority for proper investigation.