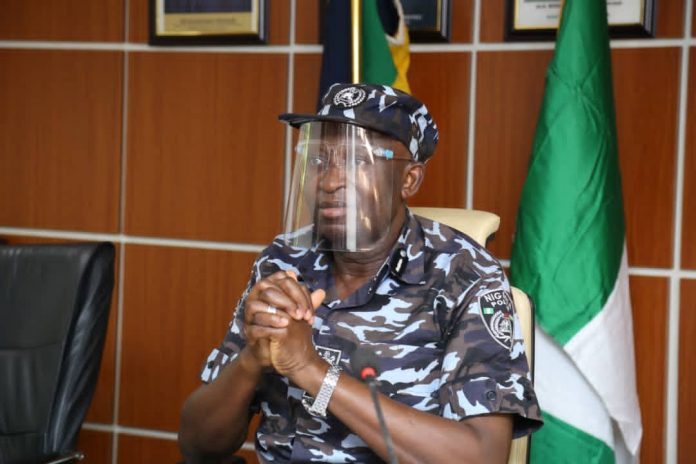 Commissioner of Police in Lagos State Command, Hakeem Odumosu, has charged Divisional Police Officers and traffic surveillance officers of the major areas that are prone to robbery in traffic on effective strategies to address and tackle incidences of traffic robbery in their areas of responsibility in the state.

Odumosu gave the charge on Friday, June 4, 2021, at a meeting held at the command’s conference room, State Headquarters, Ikeja-Lagos.

The meeting came at the heels of the proactive move of the Commissioner of Police to give maximum attention to the areas and routes where road constructions are being embarked upon by the Lagos State Government, which may likely cause artificial traffic congestion.

In a statement on Saturday, June 5, the command’s police spokesman, CSP Olumuyiwa Adejobi said that the Commissioner of Police spoke on the mapped-out strategies to tackle the menace of traffic robbery at certain areas, including Ketu/Mile 12, Marina/Eko Bridge, Apongbon, Mile 2 and Lekki/Ajah areas.

The PPRO stated further that the police boss directed the affected Area Commanders, Divisional Police Officers and traffic surveillance officers to sectorise the areas for easy patrol and surveillance, and constantly supervise the men on their beats, so that they would be more alive to their responsibilities and effectively discharge their duties as expected.

Odumosu warned that on no account should any traffic robbery be recorded in their respective areas and in any part of the state, as such would be tantamount to dereliction of duty, which would attract severe disciplinary sanction.

He also ordered that more traffic personnel and police operatives should be posted to the identified places to beef up security and prevent traffic robbery across the state.

In another development, Adejobi said that operatives of the Rapid Response Squad (RRS) recovered a stolen Toyota Prado SUV from a suspected criminal, Chinebere Innocent, aged 47.

Innocent, who was said to have specialised in snatching vehicles, was caught at Ojota area of the state on Thursday, June 3, while driving the stolen Toyota Prado SUV to Abia State.

The suspect, an Abia State indigene, had confessed to stealing the vehicle with registration number MUS 136 ET from a security man when he was re-parking other vehicles inside the compound.

According to the suspect, “as I was returning from my sister who denied me entry into her apartment at Gbagada, suddenly, I saw this Prado SUV neatly parked on the road with the engine running.

“I quickly entered and drove it towards Lagos-Ibadan highway, when I was caught at Ojota towards old toll gate.”

Investigation revealed that the vehicle belonged to one Olumide Oluwayomi, an Estate Surveyor residing at Towobola area of Gbagada.

The Commissioner of Police also ordered that the suspect be investigated further and be prosecuted accordingly.