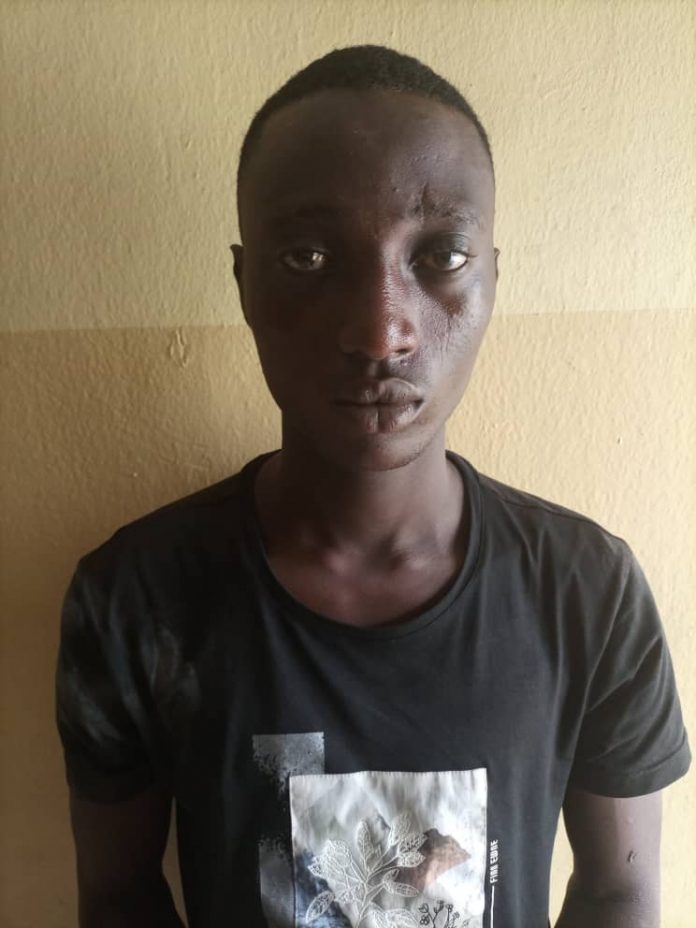 Ezekiel, of Bariga area, was nabbed on March 31, 2021, while the killing of the Eye Confraternity leader was carried out at Bariga on Sunday, March, 28.

In a statement issued on Saturday, April 3, on the suspect’s arrest, the state Police Public Relations Officer, CSP Olumuyiwa Adejobi said that the suspect had been accused of being a notorious cult leader and killer, who had been terrorising the entire Bariga Area of the state.

The PPRO stated that the suspect confessed to the crime, while he revealed that he killed the deceased, in company with three members of Aiye Confraternity in his domain.

According to the PPRO, “the Commissioner of Police, Lagos State, Hakeem Odumosu, has ordered that the suspect be transferred to the State Criminal Investigation Department for proper investigation and possible arrest of other fleeing culprits.”

In another development, police operatives attached to Ikorodu Division, as well as the local security operatives, in a combined operation on Monday, March 29, at about 4.50am, engaged some suspected armed robbers in gun battle.

Adejobi said that the armed robbers, who were operating in military camouflage at 41, Menulo Street, off Elepe Ikorodu, were eventually neutralised at the end of the gun battle.

Thenewsbearer learnt that the armed robbers had laid a siege to the block of flats at Menulo Street, cutting the American fence wire before breaking into the flats in the compound.

“They robbed the occupants of their belongings, including laptops, phones, one PS-4, gold necklaces and wrist watches worth millions of naira.

“After the gun duel, the police team assessed the scene and discovered that two of the suspected armed robbers were fatally injured and eventually gave up the ghost.

“Their corpses have been deposited at a public morgue for further actions.”

Commending the policemen and vigilante group members for their gallantry and zeal to engage the suspected armed robbers and neutralise their operations in the area, Odumosu ordered the Divisional Police Officer of Ikorodu Division and the Area Commander, Area N, Ijede-Ikorodu, to fish out other members of the syndicate.

He added that those who venture into similar criminal acts of house breaking and burglary in the entire Ikorodu Division of Lagos State, should not be spared.

The state police boss reiterated the command’s zeal to work with all relevant stakeholders in combating crime and criminality in the state.