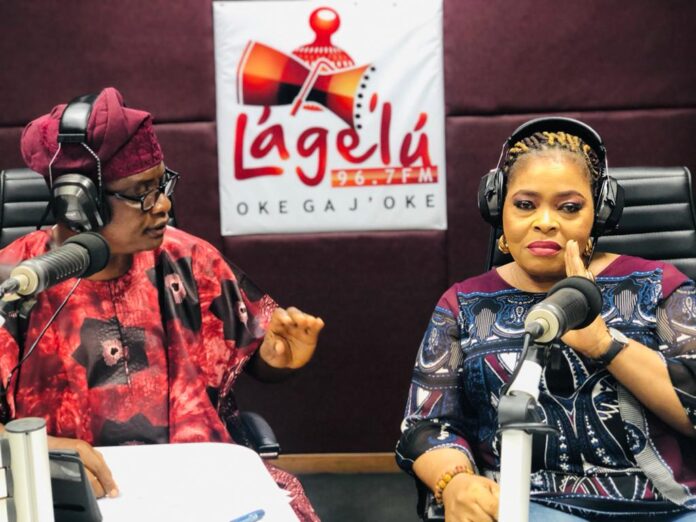 Nollywood actress, Yeye Toyin Adegbola, popularly known as ‘Ajoke Ashewo to re Mecca’ has said that governments at all levels in Nigeria have not been giving artistes much opportunities to contribute to the reorientation of the people of the country.

According to her, one of the problems the country has is that of reorientation of its people to reawaken the cultural values that will make the society better than it is today.

She said artistes have ways of passing piece of information across in creative ways that will help the society to uphold value systems.

Yeye Toyin also used the opportunity to reveal why she is not interested in taking a shot at marriage for a second time after she lost her husband twenty one years ago, while revealing that concentration on the success and welfare of her children have taken up her time.

She further stated that her greatest regret is losing her husband early in her marriage as she never bargained for the unexpected development.

She said, “Blood runs in my vein, it is a decision I have made for myself at this particular time, I don’t owe anybody any explanation for deciding since year 2020 when my husband died not to remarry. I wanted my children to be okay, but for now, I am not ready for it.”

Speaking on the alleged rape and sexual assault incident involving Yoruba actor, Olanrewaju James, popularly known as Baba Ijesha and a 14 year-old minor, she stated that only the court of law can deliver judgement to either exonerate or find him guilty of the said offence as there are things to be mindful of because of the legal implication attached to the case.

“It is unfortunate that the issue became a public material to be debated. Now that it is in the court of law, I believe justice will be served.”

The Veteran actress gave these submissions while featuring on a weekly radio show, Ayekooto on Radio’ anchored by Olayinka Agboola and broadcast live on Lagelu 96.7 FM, Felele Ibadan, the capital city of Oyo State’s on Tuesday evening.

Speaking on the controversial ‘Oniduro’ guarantor saga involving popular singer, Tope Alabi, the thespian reaffirmed that God has a diverse way of speaking to human beings and He is human beings’ reliable Guarantor that cannot be disputed.

She, however, stated that Tope Alabi should have diplomatically communicated the message in a better way without being accused of destroying another person’s job or reputation.

When quizzed about what she loves doing when not at film locations, she said “I love cooking and listening to music when I am not on location. Nobody cooks for me when I am at home”.

Speaking on the accident that she experienced while on working on a movie directed by Tope Adebayo sometime last year, she said it was part of the hazards of her jobs as the injury almost led to the amputation of her leg.

She stated that God saved and sustained her as she did not have any underlying medical issues that could have triggered the amputation of her leg.

She further added that the ethics and love of the profession which says “the show must continue” made her to return to the location the following day even though she spent about four months nursing the injury.

She, however, admonished young women to be dedicated and focused in life and in their chosen professions as Rome was not built in a day while urging them to learn from respected men and women who worked hard to become great achievers in life.

The respected thespian further warned young ladies on the need to desist from mundane and immoral jobs as it will not profit them at the end of the day. She said “When you say you are not ready to work but want to become a prostitute and become rich overnight, they will just use you and dump you like a basket of tomatoes.”