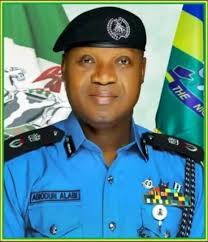 Commissioner of Police, Lagos State Command, Abiodun Alabi, has called on students of tertiary institutions in Lagos State, under the aegis of National Association of Nigerian Students (NANS), to partner with the police in ensuring a safe and secure society through provision of timely and useful information.

CP Alabi made the call on Friday May 6, 2022, while playing host to the students who visited him in his office at Ikeja.

The police image-maker in the state, SP Benjamin Hundeyin, who made this known on Monday, May 9, 2022, said that the students, led by the NANS’s chairman, Lagos axis, Comrade Olusesi Tolulope, pledged the unflinching support of the students to the police in the fight against crime and criminality.

CP Alabi, while canvassing for continuous engagement between the police and all stakeholders as a way of ensuring a crime-free society, assured all residents of the state that officers and men of the Command had been charged to ensure effective service delivery.