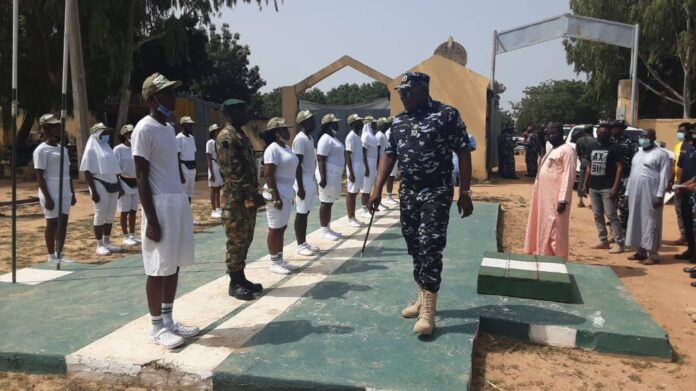 Commissioner of Police in Zamfara State, Ayuba Elkana, has said that a joint search-and-rescue operation has commenced and is ongoing to ensure safe rescue of National Youth Service Corps (NYSC) members and other victims abducted by bandits along Tsafe-Gusau Road in the state on Tuesday, October 19, 2021, at about 10:30pm.

This was disclosed by the command’s Police Public Relations Officer, SP Shehu Mohammed, in a statement on Friday, October 22, 2021.

The report of the abduction was said to have been received by the state police command from the NYSC Coordinator, which indicated that two prospective corps members deployed from Benue State to Kebbi and Sokoto states were among the victims of abduction.

The vehicle they were in, with registration number GBK 339 ZY, was reportedly blocked by armed bandits while travelling from Benue to Sokoto State, close to Wanzamai Village in Tsafe Local Government Area.

As a result, the corps members and other passengers whose identities were unknown were abducted.

The Commissioner of Police had informed the Coordinator that the Command had commenced investigation into the incident, with a view to establishing the actual number of corps members abducted.

Addressing other prospective corps members, CP Elkana assured them of more police commitment to safeguarding their lives, while he enjoined them to be security conscious also.